The stage plays of Bernard J Taylor are performed around the world. Production Info.

ANCESTRAL SINS is a suspense thriller that draws parallels between Nazi Germany and the current political and social climate in America. It has a cast of four and can be simply staged. A mixed-race man appears in the home  of a middle-aged couple and announces himself as “your friendly neighborhood terrorist”.  But the reasons for his visit go back to an incident that happened decades before in Nazi-occupied Austria.

TIME AND RELATIONS: An American male of undetermined sexuality returns to the USA after twenty years in England for the funeral of his mother, who asked that he not visit her while she is dying. He gets a warm welcome from his two older sisters – one the mother of a gay son and the other a former nun – and becomes a confidante to the gay son. He is hurt by his mother’s refusal to see him before she died, even when he discovers that the reasons could be different to what he assumed. 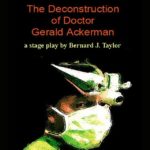 THE DECONSTRUCTION OF DOCTOR GERALD ACKERMAN: The son of a former sex supplier to the rich and famous makes it his mission to deconstruct and expose corrupt influential figures. One of them is a prominent psychiatrist who has driven his wife to suicide and his daughter to drug addiction.   This is also available as a screenplay. 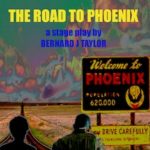 THE ROAD TO PHOENIX: A couple’s view of their marriage and themselves is challenged when a friend introduces them to her new man. Are there hidden secrets in every marriage? Are we all prisoners of other people’s expectations? Are we victims of the Emperor’s Clothing Syndrome? These are some of the questions posed by the stranger as they compare notes about their lives and relationships. The play has a cast of four (two women, two men) and a single setting – a living room.

THE LAST DAYS OF OSCAR WILDE looks at the final years, while exiled in Paris, of the man whom many regard as the patron saint of the LGBT community and the role model for many gay men. The play examines the relationship between Wilde and his wife as well as his relationship with Lord Alfred Douglas, who was largely responsible for Wilde’s downfall. The work also examines his friendship with Canadian-born Robbie Ross, who proved to be Wilde’s most loyal friend and supporter. Wilde is shown to be a sensualist who lived for beauty and pleasure, but who had an abiding love for his wife, Constance, and was shattered when she cut off all ties with him and he was no longer able to see the two sons he adored. The work portrays his relationship with Lord Alfred Douglas as less of a sexual love affair and more as a romantic friendship between two seekers of pleasure, with Wilde taking an almost paternal interest in Douglas and feeling deeply hurt and betrayed when Douglas turned his back on him after bringing about his ruin.

SCENES FROM The Last Days of Oscar Wilde:

GHOSTCHASER is a comedy drama set in a large city. It has a single set and five characters. Ross Everett is an introverted, burnt-out writer living in a city apartment he shares with the ghosts of his idealistic youth and the diminished old age heanticipates with dread. For economic reasons he is forced to rent out a room at the same time he ends a sexual relationship with a woman who uses him as a fantasy object. He ends up renting the room to Rachel, an extravert woman a generation younger than himself. He finds himself attracted to her, and suspects that the attraction might be mutual, but is unable to do anything about it because the ghosts of his youth and old age relentlessly question his motives. It is left to Rachel to break down the defenses of a very complex and slightly nerdy personality. With Rachel as an irresistible object and Ross an immovable object, something’s got to give – and does. 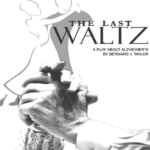 THE LAST WALTZ: Bernard Taylor writes: “The play is based on real characters I met in Newcastle, England, about twenty years ago. A doctor who had become rich through being the major investor in Andrew Lloyd Webber’s ‘Cats’ wanted to invest in my musical version of Wuthering Heights.  He invited me to stay at his home for a few days and I observed his rather ambiguous (but ultimate loving) relationship with his wife, who was suffering from early onset Alzheimer’s, and the nurse who had been with him for most of her adult life (but who has always maintained a purely professional relationship with the doctor). In the play the doctor commissions a composer to create a piece of music as an anniversary present for his wife, as music is one of the few things that seem o give her peace and joy.” In the beginning we see the doctor committing some highly questionable acts on his wife (like putting a spider down her blouse), but his motivation becomes clear in his discussions with the composer. In the end, after his wife dies, the doctor also begins to suffer from Alzheimer and his loyal nurse elects to take care of him. Cast of four.

SCENES FROM The Last Waltz: 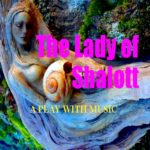 THE LADY OF SHALOTT is inspired by the classic narrative poem of Alfred Lord Tennyson, about a woman who keeps the world at one remove until a former student – now a successful writer – declares his love for her.  It has a cast of three.

SCENES FROM The Lady of Shalott: 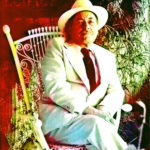 THE KINDNESS OF STRANGERS is a one man play about the playwright Tennessee Williams. Williams is on a lecture tour and becomes increasingly inebriated during the course of the lecture, eventually walking out after insulting his audience. The play requires a minimal set – a stage with posters from some of the movies made from Williams’ plays and photos of people with whom Williams had close relationships – most notably the Italian actress Anna Magnani.

CHANGING DIRECTION is a comedy about a divorced man who enters into a same-sex romantic relationship while insisting he is not gay. It begins after he is involved in a car crash that leaves him badly injured.  He spends months in a hospital where he becomes friendly with a male nurse. After leaving hospital he finds he cannot stop thinking about the nurse who cared for him.  Eventually he revisits the hospital to see the nurse and the relationship begins with some awkwardness. The play has two characters and minimal sets.

THE IMPORTANCE OF DOING EARNEST is a deconstruction of what many believe to be Oscar Wilde’s best comedy. It is rewritten for a cast of six totally inappropriate American actors and set in modern day Ohio rather than in 19th Century England. It requires minimal sets; a bare stage with chairs and a table for Act One and a sofa and coffee table for Act Two. There is now also an Australian version of this comedy, adapted for Australia by Dudley Horque. For inquiries about the Australian version, contact David Spicer.

VANISHING TOMORROWS is based on a real life incident about a highly intelligent and introspective teenage girl dying of cancer.  After one bout of chemotherapy she refuses further treatment and resigns herself to dying.  She asks to see the father she has not seen since she was an infant.  Her mother divorced her father after he began drinking heavily,  lost his job and was arrested with drugs in his possession during a police raid on a gay bar. The father is tracked down by a Catholic priest and comes to visit.  Initially his daughter is hostile towards him and threatens him with a gun. But then she hears a version of events that are very different from what her mother has led her to believe. 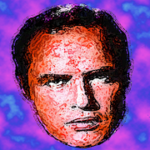 THE NAKED BRANDO hones in on the legendary actor as he prepares for his role in The Godfather and also reflects on his relationship with Wally Cox, whom Brando described as the love of his life. The play has a cast of two – Brando and Wally Cox – plus pre-recorded voice-overs of Brando’s agent and Cox’s wife. There is a single set and minimal prop requirements. The play can be done with one actor playing Brando and Wally Cox lines being read from behind the scenes.

A QUESTION OF MURDER:  Like the characters in Waiting for Godot, three people – two men and a woman – find themselves waiting in limbo-land  for something but are not quite sure what. There is obviously something that connects them but at first they are unaware of what that might be. One of the two men becomes increasingly sinister and threatening towards the woman as the play develops into a plot drawn more from The Twilight Zone and Stephen King as the horrifying truth emerges. Cast of three and a black box setting.
-“A Question of Murder is very disturbing. Very dark and Twilight Zone. It was seriously disturbing, but intriguing. No matter how uncomfortable I got I had to keep reading to find out what happened. Great writing.” You can see a shorted version of the play as performed at the Hudson Guild Theatre in Manhattan in August, 2017, on Youtube: https://www.youtube.com/watch?v=kRJtpSbfui4&feature=youtu.be

HAUNTED is a Hitchcock-style psycho thriller adapted from a movie I made in 2005 (https://www.amazon.com/s/ref=nb_sb_noss?url=search-alias%3Dmovies-tv&field-keywords=Evil+Residue+bernard+j+taylor) starring Kristin Ruhlin (star of She Wants Me with Charlie Sheen, Josh Gadd and Hillary Duff and other movies  – see http://www.imdb.com/name/nm2176475/?ref_=nv_sr_2).  Newlyweds Eddie and Janine buy a house in the country. The house has been untenanted for a few years and the furniture of the previous owner are covered with dust sheets.  They learn that the house was owned a couple who are now dead. Then they learn disturbing learn disturbing facts about the house’s history. Things come to a head one night when an explosive incident leads to an exposure of the true nature of events.  This is also available as a screenplay.

APPALACHIAN GHOSTS: A writer arrives in the Appalachian foothills to connect with a younger woman he has met through the Internet. She lives in a remote woodland home, where she tries to limit his contact with the outside world. He experiences visions of her dead relatives (including  her sadistic mother) and learns about two murders and an apparent suicide in the house. Becoming increasingly claustrophobic and unnerved by the ghosts, the man flees at the first opportunity. But she has a way of getting him back, whether he likes it or not.  The play ends with her putting her plan into action.(Based on something that actually happened to the author).

THEATRE FOR SCANDAL is a comedy loosely inspired by Sheridan’s School for Scandal. It involves a group of actors who begin to spread rumors that one of the most flamboyantly gay members of their group is secretly straight. The character of Anthony Hamilton has the potential to become iconic, while confounding stereotypes when he plots to wreak vengeance on a macho stud who has betrayed a female friend.

STRANGE BEDFELLOWS:  The play is based on the intimate triangular relationship of Lytton Strachey, Dora Carrington and Ralph Partridge, three people associated with the legendary Bloomsbury Group of artists and writers and thinkers who dominated the intellectual life of London in the early part of the 19th Century.  Although Carrington remained officially married to Partridge for the rest of her life, she had committed herself to the homosexual Strachey before the marriage and could not face life without him after he died of cancer. The play, which reflects the diversity of human relationships, ends with Strachey’s death and Carrington’s suicide. 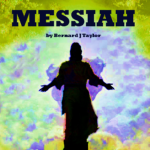 MESSIAH is a play for eight people that considers what Jesus might say about the things being done in his name. The first half has a Da Vinci Code-type storyline.