RUTH HERBERT is a music psychologist and performer with diverse research interests in the fields of music in everyday life, music, health and wellbeing, music and consciousness (including ASC and Trance), sonic studies and music education. Further research interests include performance psychology, evolutionary psychology and ethology. As a professional pianist, Ruth has performed with various ensembles, notably recording soundtracks for silent films commissioned by the British Film Institute (BFI) with the piano trio Triptych, subsequently touring these works at major venues in the UK and USA (e.g. Barbican and Lincoln Centres). After gaining a BMus Hons and MA in performance practice from Cardiff University, Ruth won a Munster Trust scholarship to pursue postgraduate advanced solo studies at the Royal Academy of Music. In 2009 she was awarded a PhD in music psychology from the University of Sheffield. Positions held include Head of Performance Studies at Dartington College of Arts and Lecturer in Music for the Open University. Prior to her appointment at Kent, Ruth held a British Academy Postdoctoral Fellowship at the Faculty of Music, University of Oxford and a Junior Research Fellowship at Jesus College, Oxford. Publications comprise a book on the psychology of everyday listening (Ashgate, 2011), chapters in edited volumes on Music and Consciousness (OUP, 2011; University of Wales Press, forthcoming), modes of music listening (Rombach-Verlag, forthcoming), Sounding Art (Routledge, forthcoming), peer-reviewed articles in a range of journals in music psychology and ethnomusicology, plus encyclopaedia entries in these fields (Sage, 2014). She has also published extensively on aspects of music teaching and education in mainstream specialist magazines (Rhinegold, Aceville publications and ABRSM publishing), in addition to undertaking consultancy work for OMD UK (featured in the Mail Online), the Daily Telegraph and the BBC. Current projects include a co-edited volume (with Eric Clarke (University of Oxford) and David Clarke (Newcastle University) Music and Consciousness II (OUP) and a recording of contemporary chamber music commissions with the ensemble TableMusic. Ruth also has an ongoing involvement in the University of Kent’s Music Health and Wellbeing Group and is PI for a new funded research project beginning January 2017: ‘Singing as an Intervention for People with Neurological Disorders’. 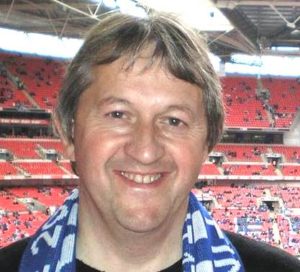 GARETH PRICE was the principal orchestrator for the recording of “Nosferatu” and acted as musical director for the UK professional premiere of the show. He has also done some of the orchestrations for “Pride and Prejudice” and “Wuthering Heights” and the pit orchestrations for most of Bernard J Taylor’s musicals.  Gareth also did the orchestration for the symphonic works Millennium Suite and Passion’s Progress and has had some of his own compositions internationally performed.  He did the brass arrangements for album of Bernard Taylor songs featuring trumpeter Roy Bilham, former member of the John Wallace band and also a former member of the Royal Artillary Band. Most recently  Gareth has done orchestrations and arrangement for Backstage at Oz, A Christmas Carol,, New Guy at School,   the Golden Glee Club and Christmas Night in Old Paree.

NIC RAINE did the arrangements for Bernard Taylor’s very first musical, “Neighbours and Lovers”, which was staged at the Oast Theatre, Tonbridge,  in 1987. He also did the orchestrations for the 1991 recording of “Wuthering Heights”. Nic has worked with a number of top film composers including John Barry (for whom he orchestrated two James Bond films), Maurice Jarre (for whom he did much of the orchestration for “A Passage to India” which won the Best Music Oscar) and Carl Davis, for whom he has done numerous orchestrations for film, stage and television. He has  conducted the Prague Philharmonic Orchestra on numerous occasions for a number of recordings – mostly movie themes – some of which he orchestrated. He now lives in Germany. 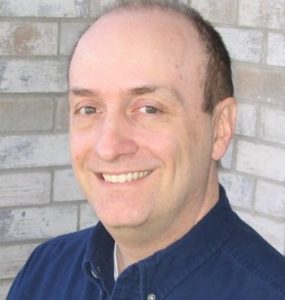 KARL LOGUE has a Master’s degree and over 20 years of training in piano performance, composition and theory. His performance credits include 25 years as accompanist for the Capital City Men’s Chorus including over 200 performances in the U.S. and Canada, and is Composer-in-Residence for the CCMC. In addition to his performance background, he is a prolific composer of choral, orchestral and piano works, including pieces commissioned by the Capital City Men’s Chorus as part of the Gala New Works program, Zachary Scott Theater Children’s Theater program, and commercially-released original compositions for piano and chorus. He is also accompanist for various choral programs at Unity Church of the Hills, and has been Music Director, Organist and pianist for several other congregations of faith in the Austin area. His works have been premiered at the last 4 GALA Festivals, an international festival of choruses.He is also an accomplished orchestrator, having provided the harmonization and orchestrations for two of Bernard’s  musicals, “Liberty: The Siege of the Alamo”, and “Road to Madness”, and did some of the orchestration for Transformation. 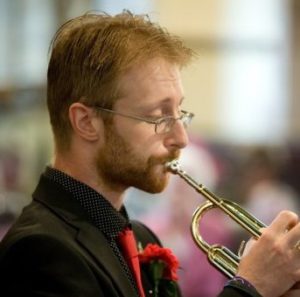 STEWART THOMPSON began working with Bernard in 2012 when he provided the new orchestrations for Pride and Prejudice. He has since provided arrangements and orchestrations for Road to Madness and Rock n Roll Cafe as well as working on other projects including adapting material for string quartet and revising the pit orchestrations for Wuthering Heights. Stewart graduated from Manchester Metropolitan University with a degree in Contemporary Music and worked as a teacher in schools for 10 years before being appointed as Senior Examiner in Music and member of of the Governing Council for Victoria College of Music, London. Originally a trumpet player and chorister, he has composed and arranged since his high school and has had considerable experience in conducting and writing for the amateur music scene. Since 2012 he has combined this with working as a professional arranger, orchestrator, private teacher and conductor in the UK.  He has contributed to the new musical, Transformation. 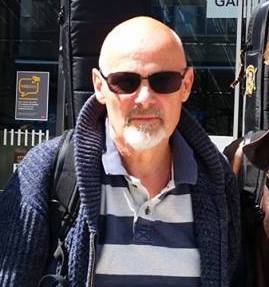 MARTIN SMITH  engineered and co-produced the recordings of Bernard J Taylor’s early works except Wuthering Heights, and has contributed instrumental lines and drum patterns to a number of tracks on these recordings. Martin has worked as a producer with most of the major record companies and played bass guitar with the legendary Electric Light Orchestra until they were disbanded. He has written jingles and incidental music for a wide range of broadcast media, worked on several film scores, and leased his own solo guitar album entitled “Bitter Sun After Dark”. In recent years he has been performing with a British group known as the Whiskey Poets.