Bernard J. Taylor  has had more than 100 worldwide productions of his shows – both musicals and non-musical plays – in more than a dozen countries.   His early works were chronicled in the Encyclopedia of Film and Stage Music (see below). In 2013 he was made an Honorary Fellow by the Victoria College of Music and Drama for “services to music and the performing arts”.  Recent years have been the most prolific creative period he has known.  Six productions of his stage works in San Antonio won eleven awards at the 2015, 2016 and 2017 ATAC awards  (San Antonio’s version of New York’s Tony Awards). 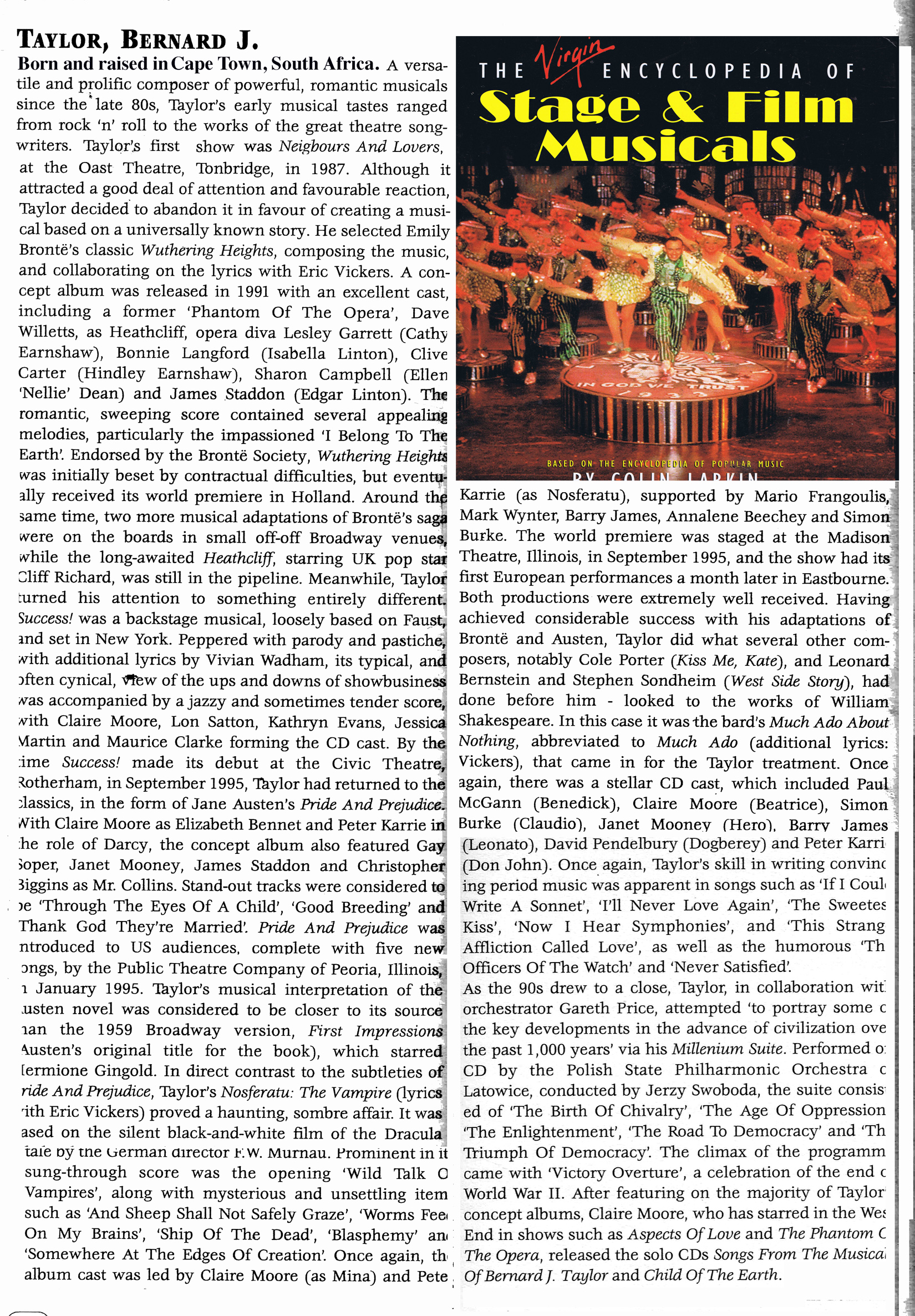